The interior is not defined by a continuous enclosure of walls but by the folds, twists, and turns in an often discontinuous ornamental surface. Referring to the Architect Gottfried Semper, who reversed the hierarchical order where cladding is secondary to structure, Katrin Mayer's work deals with spatial textures in a notion of having discursive layers of interiors within its interiors. Seeing Dolores as a curated insert within a gallery structure she develops a specific texture that reflects on the term of masking. "The imposed mask of femininity can be reappropriated through masquerade to produce another spatiality, an 'elsewhere'. But this 'elsewhere' is not so much a place, as a displacement of place." (> Luce Irigaray)
.
.
.
Constituent parts of the installation:

- Chains (different materials, sizes and colours)
- A1 print of Sylvin Rubinstein performing as Dolores, dancing flamenco
- A4 copies with the following text:

Sylvin Rubinstein and his twin sister Maria were born in 1914 in Moscow. Their father, an officer of Zsar Nicolaus II., was killed during the Revolution in 1917. Their mother, a Polish-Jewish dancer, sewed her jewelry into the childrens’ clothes and escaped with them to Poland. In 1924, they moved to Riga where the children were trained to become dancers by a prima ballerina. After seven years of classical ballet, they started to dance flamenco and became famous as the duo Dolores & Imperio, performing at music halls throughout Europe, but also in New York and Buenos Aires. In 1939, they were dancing in Poland when the Nazis occupied the country and consigned them to the Warsaw Ghetto. Sylvin Rubinstein said that he managed to escape by wresting a machine gun from a guard and killing several Gestapo officers. When Maria went to Ukraine in order to fetch their mother they were caught and killed by the Nazis. Sylvin, all alone now, met Major Kurt Werner, a resistance fighter, and they started working together, hiding Jewish children and stealing papers and weapons in order to fight against the Gestapo. In this period Sylvin started to dress in drag, as he had already done several times before when two female dancers where needed. Now he could use his ability to pass as a woman in some of their missions, masked as an italian journalist. After the war, Rubinstein sewed himself a flamenco dress out of the red fabric of torn down Nazi flags, moved to Hamburg and returned to dancing, now in drag. "Becoming Dolores was my way of coping with my twin sister’s death...". S/he danced in the red-light district of St. Pauli until 1970 and was part of the social life there, continuing to help people in difficult situations. Aged 97, Sylvin Rubinstein died this year on April 30th. 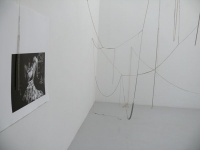 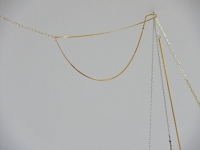 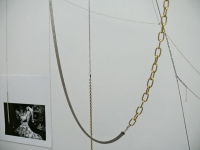 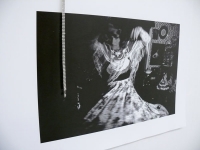 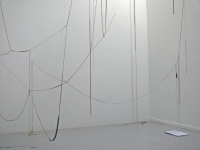 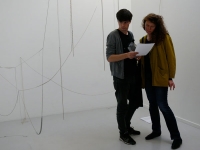 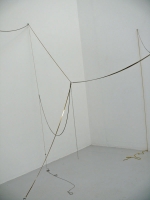 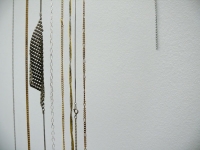